An exhibition "1989 - Velvet Revolution" containing several thematic panels with all the important moments of Czechoslovak liberation from communism opened last night at the City Hall in Sarajevo, marking the 30th anniversary of the non-violent revolution.

The panels show photographs of what happened during the revolution since mid-1988, ending with the departure of the Soviet army from the territory of what was then Czechoslovakia.

The Velvet Revolution occurred from November 16 to December 29, 1989, and with this popular demonstrations one of the most severe communist regimes was ended. The leaders of the revolution were Vaclav Havel and Alexander Dubček, who led the Prague Spring of 1968.

After peacefully separating Czechoslovakia into two states, Havel was elected the first president of a democratic Czech Republic, and Vladimir Meciar of Slovakia.

Ambassadors of the Czech Republic to BiH Jakub Skalník and the Slovak Republic to BiH Martin Kačo addressed the audience in the City Hall, pointing out that, without any guarantee of success and with no clear indication of what would happen later, citizens opposed the strict communist regime.

Skalník recalled that it was a rebellion against the political regime at that time, which resulted with major changes in the two countries today.

“Both of them are now member states of the European Union and the North Atlantic Treaty Organization (NATO),” said Skalník, who believes citizens can be pleased with results of the Velvet Revolution.

Ambassador of the Republic of Slovakia Martin Kačo emphasized that this revolution was of the greatest importance for the two nations, which were then one nation in one state.

The selection, which lasted 4 months, was made by a number of 29 candidates from different countries of the world. 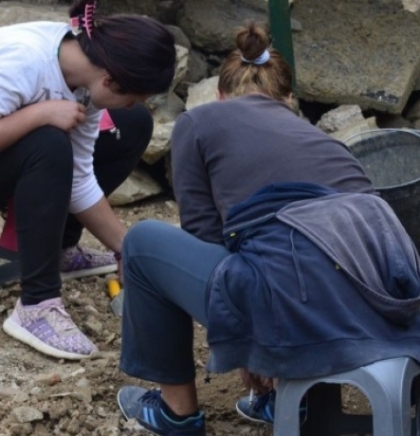 Team leader who conducted the research, archaeologist Ivana Grujić from Trebinje, said that the survey covered the remai... The Sarajevo Youth Film Festival (OFF) officially opened on Friday at Multiplex Cinema City, with the screening of the f...