The Perfect Three-Day Guide to Dubrovnik

It’s medieval, it’s got model-quality locals, it’s on television constantly, it’s one of the great cruise port stops in Europe … and the ice cream is outstanding. What’s not to love about Dubrovnik, Croatia? But here’s the thing: If you only see it on a shore excursion, or if you opt to check it out during high season, when the cruise ships have disgorged their passenger loads, you’re doing yourself a disservice: A forced march through the center of this gorgeous city does not do it justice. The better idea? Give yourself three full days — during low season —for sightseeing, shopping, and sampling local food and wine straight from the source. Here’s everything you need to know, including when to go, where to stay, and, perhaps most importantly, what to do.

1. You should go during low season (November to April)

Fact: Warm weather brings crazy cruise-ship crowds. You’ll want to avoid them so you can have the Old City all to yourself. And don’t worry: If sailing’s an interest, rest assured that you can get pleasant sailing weather in late spring all the way up until mid-fall. It’s just not the guaranteed swimming weather of summer.

2. You should stay in Old Town

For the absolute best views and a chic-serene ambiance, get out of the city center and find a hotel on one of the cliff roads that arc overOld Town. Hotel Excelsior, which is just five minutes’ walking distance from one of the Old Town medieval-walled entrances, is a landmark with100 years of history. The wall of the hotel is built into a cliff that plunges down to sea level, and from the restaurant patio, you can see amazing purple sunsets and the cliffs of Old Town.

Next up is Hotel Bellevue, which has a very boutique-y vibe, suggesting there aren’t more than a dozen rooms. But guess what: There are actually just under a hundred. Most of them are equipped with glorious sea views, too, which is a huge part of the Dubrovnik experience. Staying there is not only much more pleasant than being in the middle of a crowd of thousands, it’s also “luxury” at a price point that would be considered moderate in any American metropolis. It also has a serene indoor-outdoor bar with an absolutely hypnotic panoramic view.

Finally, there’s the Prijeko Palace, a new hotel housed in a beautifully restored 15th century Dalmatian palace. It has nine pretty lavish suites, but if you can’t afford to stay there, you can enjoy a drink on its rooftop terrace; it’s open to the public.

3. You can walk nearly everywhere

It’s very easy to get around Old Town and the surrounding tourist areas on foot. So easy, in fact, that unless there’s a rainstorm coming and/or you want to get to some scenic spot far up a hillside, you’ll probably end up walking everywhere. If not, taxis are reasonably priced, and easy enough to spot. And the particularly price-conscious take the city bus.

Day 1: Scope out the scenery and the UNESCO sites

Dubbed the “Pearl of the Adriatic,” Old Town Dubrovnik is distinguished by its ancient city walls, palaces, forts, and churches from theGothic, Renaissance, and Baroque eras — and you should spend a day scoping out all of them. A brief history so you know what you’re looking at: Oneof the most important Mediterranean coast cities from as early as the ninth century, Dubrovnik was built to withstand all manner of attacks and impress the world with the beauty of its façade. It achieved both goals with remarkable consistency all the way up until the Siege of Dubrovnik bombings in 1991. At this point, Old Town had been a UNESCO Heritage Site for 12 years, so the attack was shocking to the residents. Even 20 years later, tourist maps still show exactly which buildings required restoration, and which rooftops made it through unscathed (only 20%).

If you walk Old Town’s four walls, you’ll want to take photos at Old Harbour, still bustling with as many boats as it has been for centuries, and at the imposing Dubrovnik Cathedral, which dates back to the Byzantine era.  You’ll also want to get a shot from the Old Port south, looking toward Montenegro, Dubrovnik’s closest neighbor and former great friend (although their relationship has never been the same since the Siege of Dubrovnik). And if you have a couple more hours, catch the cable car that goes to the top of the Srd Hill, site of the Imperial Fortress. From there, you can see all the city’s forts, the harbor, the four walls that encircle Old Town, and all the way to nearby islands.

By night, the beautiful and ancient capital turns to a moonlight-bathed, gleaming stone stage set, where mysterious little alleyways lead down to tiny cafes with only five tables, each one happily occupied. Be an occupier.

The Game of Thrones location tour is so popular right now, tour guides like Dubrovnik Day Tours have begun to offer it “just in case” to groups that didn’t request it. Film locations are all over Old Town, as well as in a park above Old Town and on little Lokrum Island. A knowledgeable tour guide can point out, in true Dubrovnik speak, “the place where the Viper and the Mountain dueled” (the lowest sea level at the former Hotel Belvedere, which was bombed out during the Siege of Dubrovnik); “the place where Jamie came into the city with Brienne” (Western Door); and most notably, at least for the upcoming season, “the path where Cersei does a naked walk of shame following imprisonment.” This last scene has been the cause of heated ongoing debate between the show’s producers and the Catholic Church.

If you opt not to take a guided tour, it’s easy to find a Game of Thrones location map in Old Town. This is a fun way to explore the city, spotting bizarrely familiar settings filled with modern mundane activity that overlays a thousand years of actual European history.

You’re going to have to make an important decision now, because you can’t do both the wine country and island hopping in a single day.

Let’s start with the wine country. The wine region, Peljesac, is over an hour away on a windy road where almost everyone gets motion sickness. That’s why hiring a wine country tour guide with a comfy van is a must. See beyond the motion sickness to the most stunning cliffside sea views you could imagine. Once you’ve arrived, all questions and hesitations fall by the wayside; you’ll be entranced by wineries that don’t seem to have changed in 400 years, pouring wines they’ve perfected over the centuries. While you’re in the area, stop by an oyster farm, if at all possible.

It’s true that Croatia’s wine labels don’t roll off the tongue like Italy’s do, but that doesn’t affect their taste. Croatian reds are sweet, rich and velvety, and not too pricey, either. They’re also potent enough to give you a delicious buzz. Whites pair perfectly with the fresh local seafood that’s served by the tureen.

If wine’s not your thing, consider island hopping. Sailing around all the thousand-plus islands is one of the most popular ways to spend a day or two in Croatia in warm weather. In colder weather, you shouldn’t do the island hopping, but instead, you can take an easy, 15-minute ferry ride to Lokrum, a scenic, exotic little island whose history dates back to Richard the Lionheart. More adventurous folk kayak to the island from Dubrovnik even in the winter. An ancient abandoned monastery and beautiful botanical garden are the sightseeing highlights, but a lot of people just go there to relax and have lunch in the restaurant. Whatever you choose to do, it will no doubt be a great end to a great weekend in Dubrovnik. 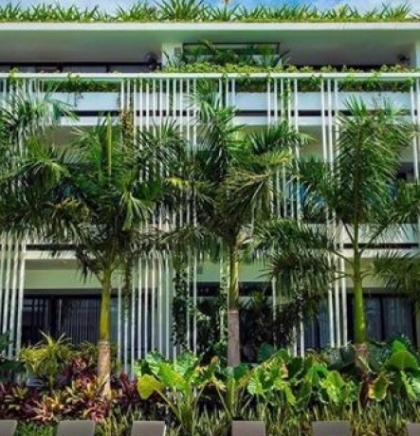 Jetsetters hoping to get a jump start on their 2018 travel plans will love this latest news. The travel experts at TripA... 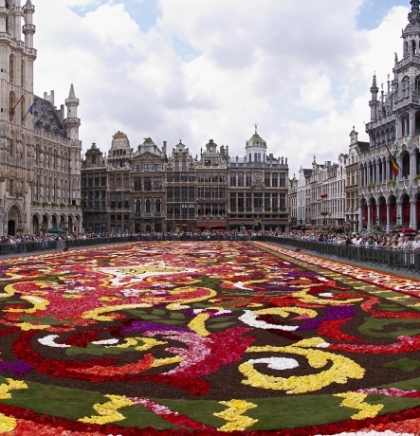 Some of the best places to visit in 2018

These destinations have never been better. Start planning your 2018 travel now. 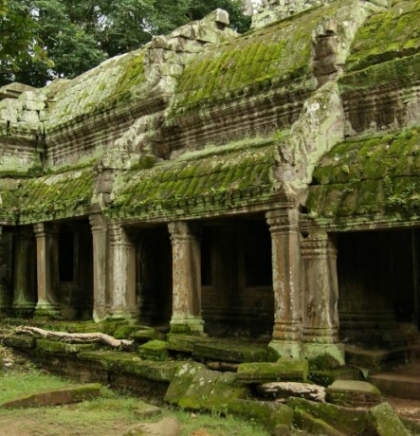 UNESCO inscribed Ta Prohm on the World Heritage List in 1992. Today, it is one of the most visited complexes in Cambodia...