CASTLE: Officially, the place is called Shuto Orizari and it's the largest Roma municipality in this part of the Balkans,  and beyond. Unofficially, in Skopje, which it's an integral part of it, and elsewhere, in reality and fiction, from the films of Emir Kusturica to the songs of Vlatko Stefanovski, it is called Šutka. And only in them, in movies and songs, this is a romantic place where the word gypsy has a different meaning, not close to what is commonly used among us, white people -we tell children is that if they don't behave, the Gypsies will steal them.

It is easy to be fascinated by Šutka immediately upon arrival. Specifically, you are entering an area of seven and a half square kilometers and populated by at least 22,000 people; no new data for 15 years, nor was it true back than. The Roma actually don't want to get listed, and it is difficult to find them in their homes in general.

At the beginning, when coming from Skopje, on the left entrance, stands a castle. A real, giant, large castle with towers, fences on which are paratroopers for archers, small windows ... everything else that every castle has in fairy tales, old movies, and toy boxes. Nowhere, however, in fairy tales, movies, and boxes, castles do not have the color -  nearest to pistachio ice cream - or a purpose like this at the Šutka door. There will be a dental clinic, as it'swritten above the entrance! Now, we are not sure that all  citizens of the only municipality in the world where the Roma official language, will deal with caries and lime, put on shackles and fill the holes in the jaw here. But theoretically, because there's room, they could comfortably.

MOSQUE: A little further on, just a little, but on the other side of the road, there is a unique mosque, not only unique in Šutka, Skopje and Macedeonia, but in the whole Balkans. If you are coming from Skopje, that mosque looks like an annex of a ceramic tile shop. When, however, you go from Šutka  to Skopje, the store is an annex to the mosque. In one building, on its lower level, on the ground floor, ceramics are sold, while on the second floor there is a mosque. And the minarets and mosque and the ceramics shop, besides obviously the same foundations and exterior walls, they also share the same color of the facade- green

"Is it customary to have something else besides a mosque?" Gorjan asked me, one of my two hosts and escorts through Šutka from Skopje .

"And to sell the tiles here?"

"So, this is not the rule?" Another said, Vladimir.

"Is there anything under the regulations here?" I answered the question.

"No, here is the regulations that there are no regulations," he replied.

AUTHOR'S STAMP: There is obviously a specific relation to architecture and, in particular, to the culture of housing in Šutka. Most of the vast majority of houses, and there is not too many of them, these houses,are not built,but assembled. A brick wall, with one assembly, than room next to it looks as it is forgotten, then another with a door that seems to have remained from acorporate office, and all in the middle of the yard in which, at the same time, they wash rugs, overheating tins, the kids run and disposes of everything that later, when the bargain gets down,  they will try to sell on a big, official bargain or on the nearest market, along the roads where they live, work, socialize, rest ...

"I am saw a single normal house here."  Gorjan said as we exit the elite part of Sutton, the Garcia Lorce Street. Vladimir and I have held back our  observations. In fact, in those few hours as we walked over to Šutka, misguided, returned, accidentally entered the avia and been to where the domestic world was calling the center, only one house looked - as if it had been designed by professionaly. Everything else, small and big, had the "authentic stamp" of the owner. The big houses are really big, huge, and most of them are in Lorkin, but there are others elsewhere in Šutka, and in front of these houses, the more recent, luxury cars are parked in the summer, mostly with Italian license plates. Temporary residents of Milan, Rome, Turin ... have returned to vacation and visiting the family, from the work abroad, visiting households when there's no one to open the door.

TIME OF THE GYPSIES: Although it was formed in 1964., after the devastating earthquake in Skopje, where the oldest Roman settlement of Topana was damaged, Šutka became known outside of Macedonia only in 1989., after the movie "Time of the Gypsies" by Emir Kusturica. The breakthrough year for Kusturica, however, was not a breakthrough for Šutka, which will later be filmed by other films, singed about ... From that 1989., Kusturica will make worse films, while "Time of the Gypsies" will reach American film textbook, but as a work in which is seen the so-called "bad character of auxiliary person". According to Andrew Horton, US professor and author of the book "Scenario Skill Characters", Kusturica's film turns into a Balkan-Roma version of "Godfather", after the excitement of the character played by Ljubica Adžović.

However, nobody had shown  Roma ways of life in detail and in part, as Kusturica. And nothing after that movie did change. Šutka is, in fact, the place where a man looks at colorful pictures of life and strange houses, dominated by misery.  Big misery. Even today, in the summer of 2017, after fifty-two years of existence, expansion, settlements, Šutka has no sewerage system, which can be seen and smelled in Macedonian heat. The Macedonian authorities, who have officially put half a billion euros on monuments and new facades in the past, inventing their own history, from Alexander Makedonski to Kemal Ataturk, and not a single cent were invested in Shuto Orizari.

TRADE: Also, according to one of the official and inaccurate data, all those tens of thousands of people have some kind of official job and in reality, only a thousand and a half does! Others like to play, but they do not seem to be profitable. The store is, in fact, a form of socializing, and a business branch. Therefore, it is possible to stumble on two young, beautiful Roma women on the sidewalk, selling five fans,  and they don't not look as if they are waiting for the customers, but someone with whom they talk.

There are seductive pictures in Shuto Orizari. Young Rome with hipster image serves us in the only cafe that does not look like the wind can blow it off. The construction is firm, and each slit covers a wallpaper.  Slightly lower, in one of the countless alleys, in front of a group of men with their legs in the work, passes through five member family: a husband, two daughters, no more than six years old, and a wife pushing a carriage with a baby. There is a celebration - there are more make up and silk imitations on mother and daughters than their weight. The father is in a suite. An asphalt that looks bushy, cracked and wet from the coolant water.

CAN IT BE WORSE?: As daylight is going away, there are more people in the streets. And they do nothing. They, in fact, live in full sense: they are laughing, talking, blowing,  commenting, I guess,  the three of us, trying to make the visit not look like the usual tourist. We are not filming anyone, we are not asking them to tell us about Šutka. But it is not comfortable to live, although local Roma do not admit it. They certainly do not have the choice: the white world is destined for their misery, visiting them occasionally, mostly with a camera or phone, and in the end, the Šutka's people have no use from them . And nothing , no matter how many times they were filmed, does not change to the best. It's certainly hard to be up. 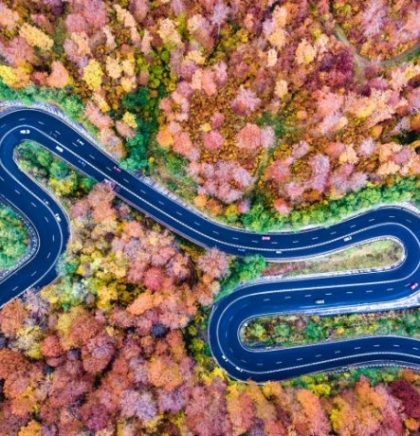 PHOTOGALLERY: Bird’s-eye-view shots of the Fall

Photographers across the globe are capturing the beauty from above by use of aerial drones. 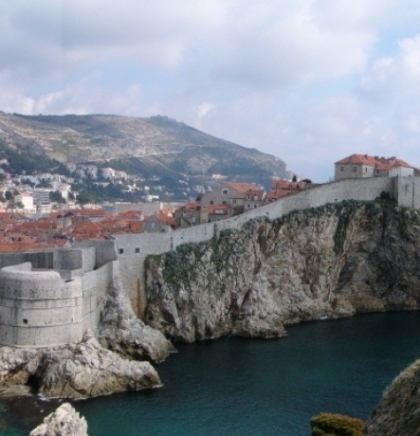 A 48-hour tour of Dubrovnik, where ‘Game of thrones’ is filmed

The best time to visit Dubrovnik is September and October. The peak season is July to August, when prices and crowds nea... 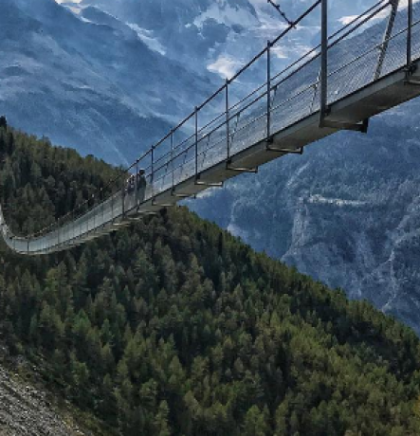 Charles Kuonen hanging bridge is not for everybody

It is located in Randa, Switzerland, and it's 500 meters long and only 65 wide.